2
ON
XHI
I
I
E
T
B
home
exhibition
books and souvenirs
press and media
photo gallery
visit us
Tilda Publishing
GUESTS
TITOVA
ELENA
Director of the All-Russian Museum of Decorative Art
It's a magnificent display. I'm amazed by the thought-out curators' activity, choice of pieces and stories that they conceal as a vast cultural layer beyond beauty, craftsmanship, and absolute historical value. The spirit of the challenging period, associated with the reign of several generations in parallel, palpitates here. I drew attention that the Green Vaults Museum, which preserves art collection in Dresden, gave on loan the gold drinking ladle belonging to Ivan the Great. International cooperation patiently coming to normal, and the union of museum workers is of considerable importance. 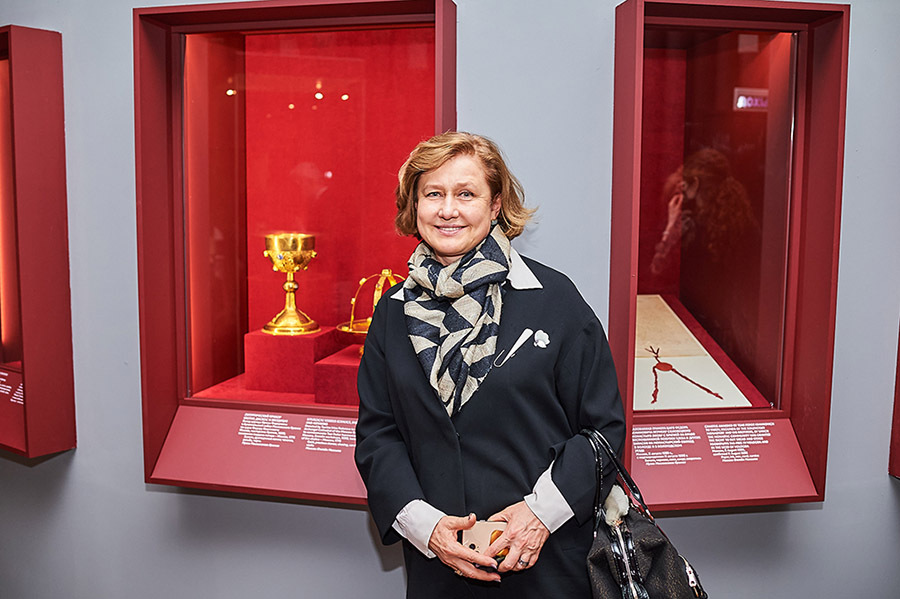 The United States Ambassador to Russia
FLYARKOVSKY
VLADISLAV
TV host, an observer of the TV channel 'Rossiya-Kultura'
Such exhibition – well turned, I would say well set up, as a good construction – substitute a tutorial for me. Usually, I prefer to see before my eyes the real things, which had their place in the history of our Fatherland, than to flip pages and read. I often forget a half, but when you see real things, such as armour, crown, helmet, manuscript – you start believing that those events took place indeed. When you read a book, you hardly believe: a book is written by a man, even if he is a Doctor of Historical Science, he had his favourites, own view, own opinion – while here are real things that don't lie. That is why I love such abundant exhibitions – they never lie. 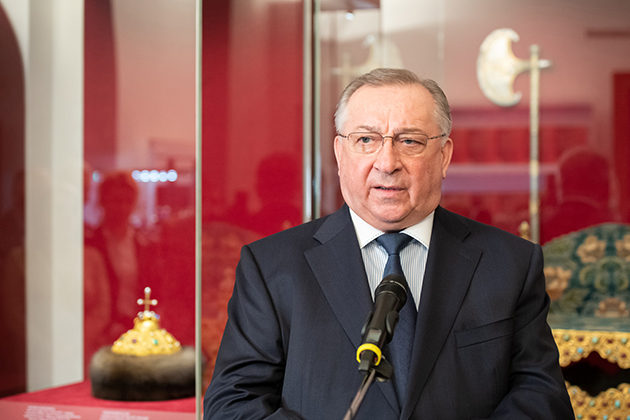 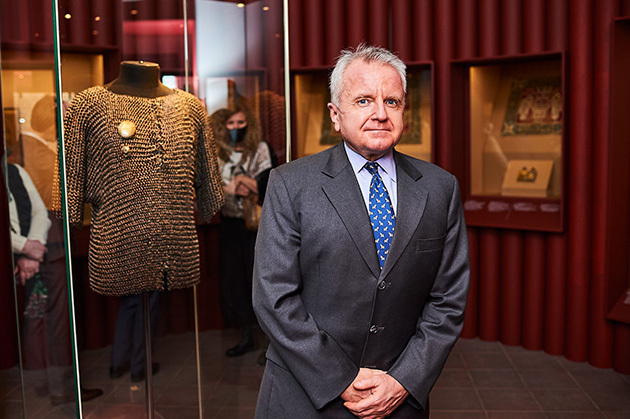 Sullivan
John J.
It's a fabulous exhibition. I'm reminded of my college education over 40 years ago studying Russian history and reading about the first False Dmitry, and never would I have thought, back then 40+ years ago, that I would now be here as the U.S. Ambassador to what is now the Russian Federation. Back when I was in college, it was the Soviet Union. But I was always fascinated by Russian history and I was so excited to come to this exhibit, because there are such exquisite pieces, so old and so connected to the history of this great country. It's been a great experience.
DALAKIAN
YULIA
The show is quite beautiful. I liked the way it is decorated from first sight. The chosen style looks very impressive and tunes into a certain mood, slightly rigorous and purposeful at the same time. That is why the exhibition is filled thematically with a lovely décor as the theme itself is a subject interesting to everyone. That is an endless story that the one wants to look over, each time finding something new. A lot to learn, well done! 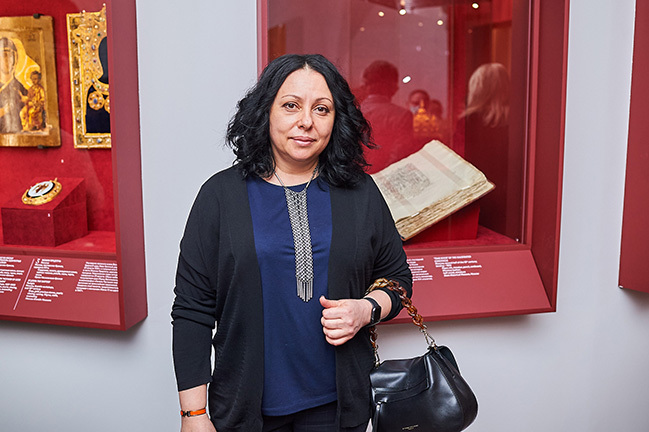 General Director of the 'Tsaritsino' Museum and Heritage Site
TOKAREV
NIKOLAY
President of PAO Transneft
The theme of the exhibition is very curious. The interregnum period that separated the centuries-long reign of the Rurikids and the coming to power of the Romanov dynasty was indeed a fateful period for Russia. Events and figures of the Time of Troubles repeatedly served as a source of creative endeavour for prominent writers, playwrights and filmmakers. To this day, much in the history of the Time of Troubles remains a matter of heated debate, active research and study. I sincerely wish all visitors to the exhibition a fascinating acquaintance with the rarest artefacts — surviving evidence of that turbulent era. 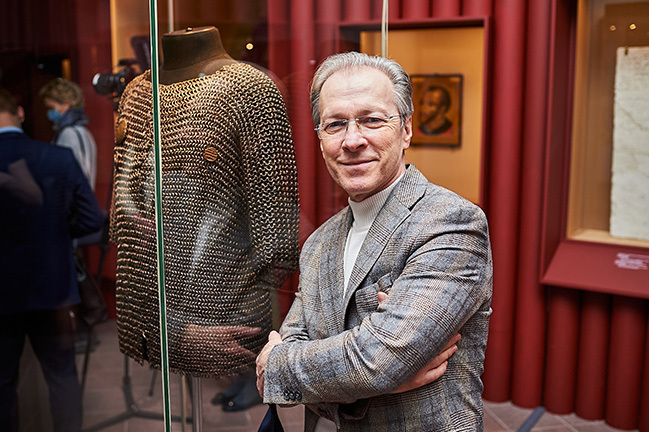 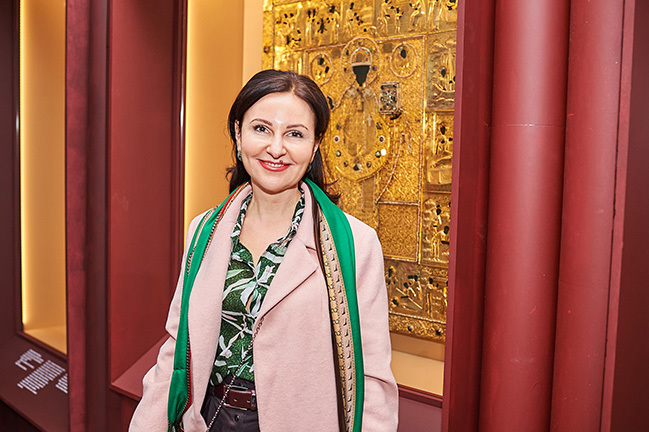 FOKINA
ELIZAVETA
I think that all exhibitions of the Kremlin Museums are surprising. I, as the director of the 'Tsaritsino' Museum and Heritage Site, feel professional envy that the museum possesses such unique collections and can make such amazing exhibitions based on its collections. I understand that we have a bit different time and obviously, we are specialists in joint exhibitions, while the Kremlin Museums are simply a treasury.
The theme devoted to the False Dmitry and the first Romanovs has to do with our museum either, as a private domain 'Chernaya Gryaz', bought by Catherine, included the so-called Tsareborisovskie ponds (named after Tsar Boris). Those ponds belonged to the sister of Tsar Boris, Irina Godunova – for this reason, I see some references to our museum in several objects.
Designer
Editor-in-chief of the 'Istorik' magazine 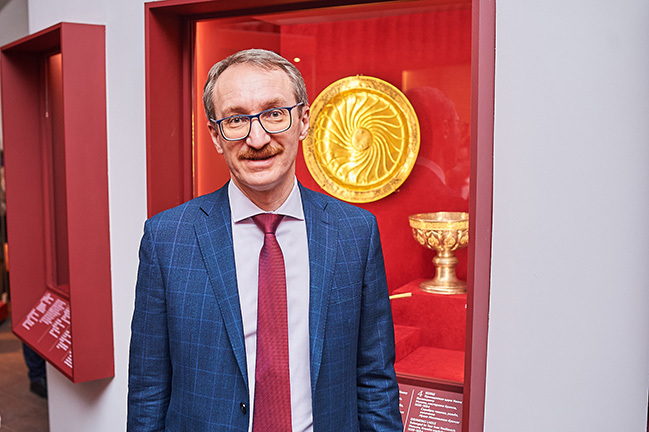 RUDAKOV
VLADIMIR
I think each exhibition, organized by the Moscow Kremlin Museums, is destined to attract the public's attention. The rather that it refers to the exhibition which opens after such a long pause due to the pandemic and restrictions. But despite external circumstances, what we see in this exhibition represents a unique collection of pieces, referring to one of the most significant epochs for both researchers and everyman. That is not for the first time that the Moscow Kremlin addresses this theme – I remember another sapid display 'Boris Godunov. From a Courtier to the Sovereign of All Russia'. That is very interesting because that is not only an epoch of dramatic crisis – that is an epoch of Russia of the New Time. The 12th century was opening a new page in Russian history, and the fact that the beginning of this period was connected with such a catastrophic break-up of the statehood attracts great attention to that time and pieces.
CEO of the LUKOIL Charity Fund 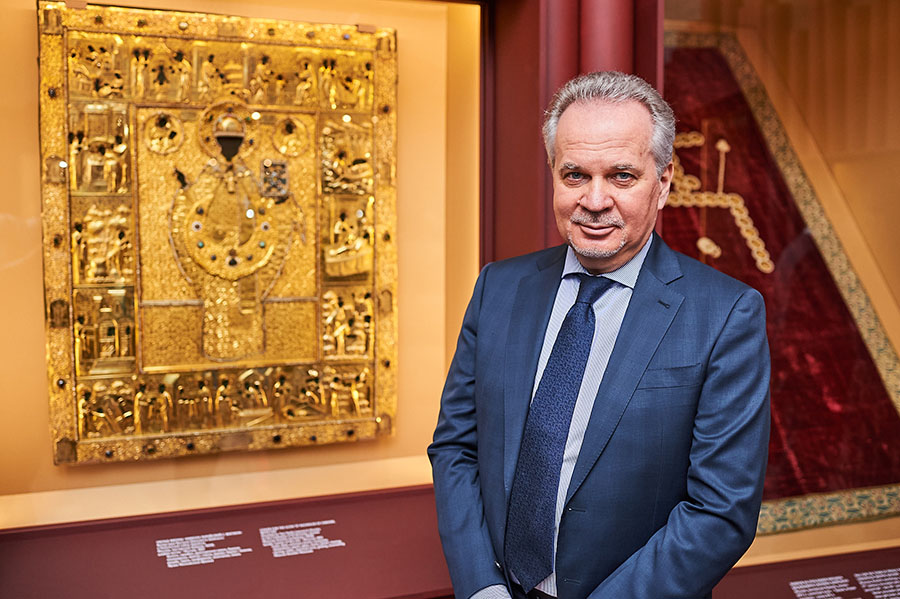 BEKETOV
IGOR
Congratulations to the Moscow Kremlin Museums on such a vivid and emotional exhibition. It is quite interesting, both in terms of artistic content and in terms of historical significance. I expect the display will be a spectator success and invite the Muscovites and guest of our capital to visit this show.